5 Things You Never Knew About Santa Claus and 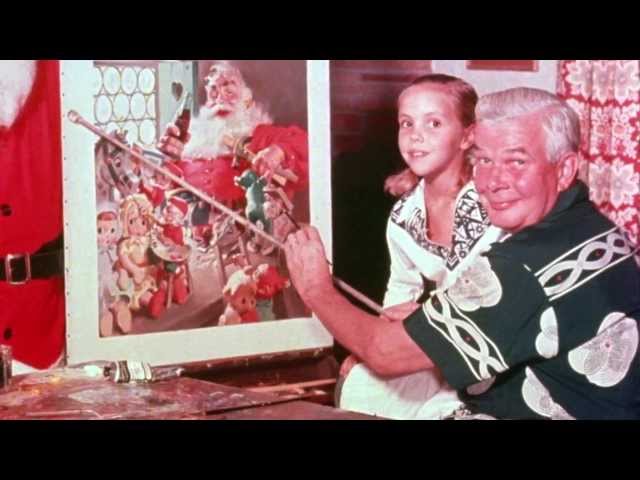 The Santa Claus we all know and love — that big, jolly man in the red suit with a white beard — didn’t always look that way. In fact, many people are surprised to learn that prior to 1931, Santa was depicted as everything from a tall gaunt man to a spooky-looking elf. He has donned a bishop's robe and a Norse huntsman's animal skin. In fact, when Civil War cartoonist Thomas Nast drew Santa Claus for Harper's Weekly in 1862, Santa was a small elflike figure who supported the Union. Nast continued to draw Santa for 30 years, changing the color of his coat from tan to the red he’s known for today.

Here, a few other things you may not have realized about the cheerful guy in the red suit.

1. Santa Has Been Featured in Coke Ads Since the 1920s

The Company began its Christmas advertising in the 1920s with shopping-related ads in magazines like The Saturday Evening Post. The first Santa ads used a strict-looking Claus, in the vein of Thomas Nast.

In 1930, artist Fred Mizen painted a department-store Santa in a crowd drinking a bottle of Coke. The ad featured the world's largest soda fountain, which was located in the department store Famous Barr Co. in St. Louis, Mo. Mizen's painting was used in print ads that Christmas season, appearing in The Saturday Evening Post in December 1930.

2. Helped Shape the Image of Santa

In 1931 the company began placing ads in popular magazines. Archie Lee, the D'Arcy Advertising Agency executive working with The Company, wanted the campaign to show a wholesome Santa who was both realistic and symbolic. So commissioned Michigan-born illustrator Haddon Sundblom to develop advertising images using Santa Claus — showing Santa himself, not a man dressed as Santa.

For inspiration, Sundblom turned to Clement Clark Moore's 1822 poem "A Visit From St. Nicholas" (commonly called "'Twas the Night Before Christmas"). Moore's description of St. Nick led to an image of a warm, friendly, pleasantly plump and human Santa. (And even though it's often said that Santa wears a red coat because red is the color of , Santa appeared in a red coat before Sundblom painted him.)

Sundblom’s Santa debuted in 1931 in Coke ads in The Saturday Evening Post and appeared regularly in that magazine, as well as in Ladies Home Journal, National Geographic, The New Yorker and others.

From 1931 to 1964, advertising showed Santa delivering toys (and playing with them!), pausing to read a letter and enjoy a Coke, visiting with the children who stayed up to greet him, and raiding the refrigerators at a number of homes. The original oil paintings Sundblom created were adapted for advertising in magazines and on store displays, billboards, posters, calendars and plush dolls. Many of those items today are popular collectibles.

Sundblom created his final version of Santa Claus in 1964, but for several decades to follow, advertising featured images of Santa based on Sundblom’s original works. These paintings are some of the most prized pieces in the art collection in the company’s archives department and have been on exhibit around the world, in famous locales including the Louvre in Paris, the Royal Ontario Museum in Toronto, the Museum of Science and Industry in Chicago, the Isetan Department Store in Tokyo, and the NK Department Store in Stockholm. Many of the original paintings can be seen on display at World of in Atlanta, Ga.

3. The "New Santa" Was Based on a Salesman

In the beginning, Sundblom painted the image of Santa using a live model — his friend Lou Prentiss, a retired salesman. When Prentiss passed away, Sundblom used himself as a model, painting while looking into a mirror. Finally, he began relying on photographs to create the image of St. Nick.

People loved the Santa images and paid such close attention to them that when anything changed, they sent letters to The Company. One year, Santa's large belt was backwards (perhaps because Sundblom was painting via a mirror). Another year, Santa Claus appeared without a wedding ring, causing fans to write asking what happened to Mrs. Claus.

The children who appear with Santa in Sundblom’s paintings were based on Sundblom's neighbors — two little girls. So he changed one to a boy in his paintings.

The dog in Sundblom’s 1964 Santa Claus painting was actually a gray poodle belonging to the neighborhood florist. But Sundblom wanted the dog to stand out in the holiday scene, so he painted the animal with black fur.

In 1942, introduced "Sprite Boy," a character who appeared with Santa Claus in advertising throughout the 1940s and 1950s. Sprite Boy, who was also created by Sundblom, got his name due to the fact that he was a sprite, or an elf. (It wasn’t until the 1960s that introduced the popular beverage Sprite.)

In 2001, the artwork from Sundblom's 1963 painting was the basis for an animated TV commercial starring the Santa. The ad was created by Academy Award-winning animator Alexandre Petrov.

Do you have a fond memory of the Santa? Leave us a comment below!